Quantum healing is the ability of one mode of consciousness (the mind) to spontaneously correct the mistakes in another mode of consciousness (the body). It is a completely self-enclosed process. I would say simply that quantum healing makes peace. When consciousness is fragmented, it starts a war in the mind-body system. This war lies behind many diseases, giving rise to what modern medicine calls their psychosomatic component. The rishis might call it "the fear born of duality," and they would consider it not a component but the chief cause of all illness.

Quantum healing moves away from external, high-technology methods toward the deepest core of the mind-body system. This core is where healing begins. To go there and learn to promote the healing response, you must get past all the grosser levels of the body -- cells, tissues, organs, and systems -- and arrive at the junction point between mind and matter, the point where consciousness actually starts to have an effect.

Thinking about these well-known facts has led me to three conclusions. First, that intelligence is present everywhere in our bodies. Second, that our own inner intelligence is far superior to any we can try to substitute from the outside. Third, that intelligence is more important than the actual matter of the body, since without it, that matter would be undirected, formless, and chaotic. Intelligence makes the difference between a house designed by an architect and a pile of bricks.

This intelligence is the “higher self.” The higher self is the “you” inside of you—the living force that grows and changes in your body throughout your time on earth. It is the “you” behind all of the defenses and images you have created for yourself…the you that really knows why you are here, what it is you need, and how you can get it. By transcending to your personal core, the higher self, you discover your true nature—a blissful self of infinite worth. The spiritual needs we all have for love, compassion, meaningfulness, total acceptance, devotion and inner peace are not grand goals to be achieved in a distant time and place. They exist here and now and exert powerful influences on our lives. Only by transcending to the higher self can you achieve total, spontaneous fulfillment of these needs. (See The Immortal Body and Its Soul Powers and A Path to Freedom)


It would be even better to use this highly sensitive, extremely powerful intelligence for the patient's cure. The point of diving into the region of the quantum body is to change the blueprint itself, rather than to wait for symptoms on the surface, which will then have to be manipulated using medicine. We constantly build patterns of intelligence and look through them to tell us what is real. If we see pain, there is pain, but if we don't, the pain will be gone.

The only way one knows that the quantum level exists is that images and patterns keep cropping up everywhere in the body. Mysterious furrows run across the surface of the brain; beautiful swirls, exactly like the center of a sunflower, show up in molecules of DNA; the inside of the femur contains marvelous webs of bone tissue, like the intricate supports of a cantilever bridge.

Wherever you look, there is no chaos, and that is the strongest proof of all that there really is a hidden physiology. Intelligence turns chaos into patterns. There is incredible chaos implied in the idea of having to process billions of chemical messages every minute, yet in reality, the complexity of the mind-body system is misleading: what emerges from our brains are coherent images, just as coherent newspaper photograph emerges from thousands of scattered dots. The matter in our bodies never disintegrates into a shapeless, mindless pile -- until the moment of death. In answer to the obvious question, "Where is this quantum mechanical body, anyway?" one can now confidently answer that it lies in a gap that unfortunately is rather difficult to picture, since it is silent, has no thickness, and exists everywhere. 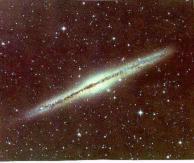 Although this sounds like a spiritual insight (and Einstein considered himself deeply spiritual), it is really a glimpse into a level of our own consciousness that can be mapped and explored. Without having any control over their awareness or any cogent explanation for what is happening, people sense that the state of rapt silence is not simply emptiness. The great traditions of wisdom have largely been founded by one or a few individuals who realized the universe through themselves. To solve the mystery of the gap, we need to consult the ones who have been there; if they have found a real world, then there will be new Einsteins to follow, and they will be Einsteins of consciousness. (See Bond of Power - Advanced Qigong (Quantum Multi-dimensional Healing))

(above information are excerpts from Quantum Healing book)